2. The organizers of the contest F1 Manager are not responsible for the malfunctioning of the site www.playf1.net for a shorter or longer period of time, doing everything in their power to reestablish access to the site in the shortest time possible.

3. Will also be excluded those who attend the contest with several identities. From the same computer cannot be made regulated modifications of the team except by a single user. If it is claimed that there are different people that it shall be requested a copy of the identity document of the users, not supplying them within 48 hours shall lead to the disqualification of all the users involved.

4. Modification of the user’s profile shall not be possible after March 17th, 2022. It will be impossible to modify the personal data or the team’s name. So the users are asked to write their real identity date, if not, they will be unable to receive the prizes in case they win any. If between the supplied identity document required for picking up the prizes and the data from the contest there are discrepancies, the user shall be disqualified.

5. At the base of the whole contest and of the site www.playf1.net shall be firstly the rules of common sense. Play F1 Manager reserves the right to inform its users via email of any changes concerning the game, of any partnership concluded by Play F1 Manager and of any action taken by it or its partners.

The contest F1 Manager is based on the official Formula 1 competition. In order to accumulate points and win the competition it is required permanent information about the Formula 1 world, about pilots, about the evolution of the racing cars, it requires intuition and chance.

2. The events for which points are awarded in the F1 Manager competition are Trainings 3, Qualifications and the Race of each Grand Prize that takes place in the season 2022.

3. It must be chosen - or not - a pilot and a team from each value class for each session individually (training, qualifications, race), the same pilot and the same team can be selected only once during the same Grand Prize.

4. Because there are 3 sessions which are emphasized, from each group there shall be at least one pilot and one team which shall not be chosen by the players during on Grand Prize. The pilots and the teams remained not selected shall receive no point.

5. The modifications can be made during the week of the grand prize at any time before the starting of the Practice.

6. The score awarded after each Grand Prize is added and shall result in the final classification. Points awarded for the selected team is the arithmetic average of points obtained by the two pilots of the team. The points awarded are found in the section score. 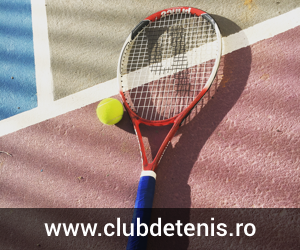